Guest Post by Gen Methot: Why I Became a Writer 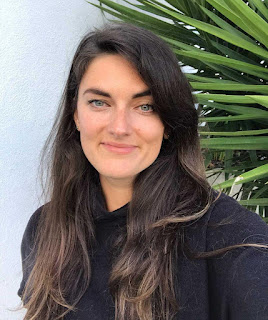 Becoming a writer is a struggle for most, from gaining experience to having the time to write to believing you're a "real" writer. In a past blog post, I shared my experience about how I fell into a fog, believing wholeheartedly that I couldn't write and didn't have a future. I asked some friends of mine, Lia and K.T. Anglehart a while back to share their writing stories. In today's post, I asked a friend and fellow writer, Gen Methot to share her journey of how she got into writing. Below is her guest post. Enjoy! The Lovely Gen Methot Gen's Story I don’t know why I’m embarrassed to admit this, but the thing that made me want to become a writer was the film Little Women. Nope, not the book; the Hollywood movie. Granted, I was probably seven or eight years old and classic novels were probably inaccessible to me, but I still can’t seem to forgive my eight-year-old-self for being so uncultured. How silly of me! I don’t know why Jo March had such a prof
Post a Comment
Read more

The Phantom Presence: A Poem 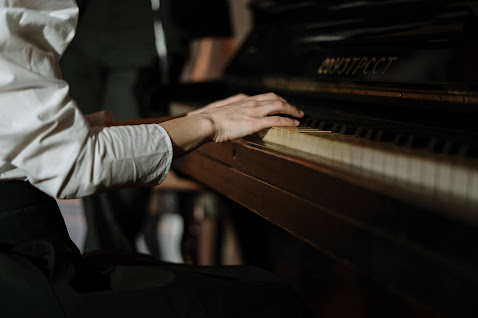 Photo by  cottonbro  from  Pexels This has been a very strange month for me on an emotional level. I wrote this poem as a way to expel my feelings and, hopefully, be able to enjoy fall and October, my favorite season and month. I've been working on a novella written in the 2nd perspective for many months, so it bled into this poem. I will provide the music and videos that inspired me below the poem. Enjoy. The Phantom Presence The gravelly voice floats in the air, Warm and crunchy like crème brûlée.  Whispers of soothing affirmations replay In the depths of your heart so fair.  But silence steals it all away At the dawning of each day. Where once divine fingers danced across ivories,  Chopin's Nocturne haunting you with delight, Like the tantalizing Starry Night . "Darling," he'd say, taking away your miseries. But through shreds of narrow daylight floats Your mind, lost in fog and dust motes.  The water glass beside the bed shimmers bare. He would frown at your
Post a Comment
Read more

The Determined Detective in The Case of the Golden Boy: A Book Review 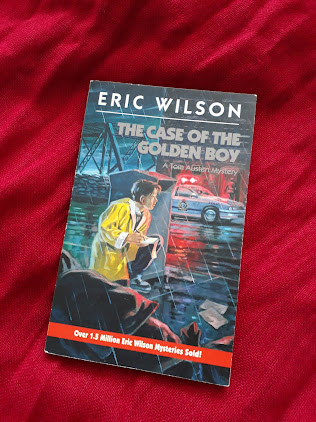 With my more mature eyes, I am delving into a much earlier book of Eric Wilson's Tom and Liz Mystery series. Funnily enough Book #3: The Case of the Golden Boy references Book 19: The Lost Treasure of Casa Loma , which I reviewed a few months back. Uncle Henry briefly mentions a friend of his who owns a castle and keeps his diamonds hidden in the building.  This story takes place in Winnipeg. The Golden Boy statue mentioned in the book is located on top of the Legislative building in Manitoba and was erected in 1919. It is based on the god Mercury to symbolize eternal youth and the spirit of enterprise. The Golden Boy faces North because this was the "future of Manitoba" at the time. The statue is depicted in a running stance while holding a sheaf of wheat and a torch, which represent the fruits of labor and a call for youth to come together and make the future a prosperous one. Photo by  Mahesh Gupta  on  Unsplash ; Right: Legislature Building You Should Read  The Case
Post a Comment
Read more 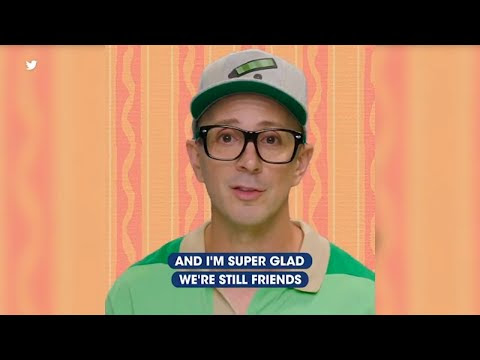 It was a pleasant and nostalgic surprise to learn that it was the 25th anniversary for Blue's Clues . And most of all, Steve came back! I was quite young at the time when I watched the show, but I loved it because it had a doggy, a mystery, and you were given the chance to solve it yourself and be part of the show. It had fun characters and songs that were short but memorable. And the best part was the host, Steve.  But one day, I turned the TV on and Steve wasn't on the show anymore. It was shocking, disappointing and confusing since they never played the episodes in order. Suddenly, someone named Joe was there and Steve was not. I never knew what happened because I never saw the final episode of him going off  to college. I think I tried to watch a few episodes with Joe and my parents guessed that Joe was maybe Steve's cousin. I tried to watch the episodes with Joe, but it wasn't the same. And so, I stopped watching.  At school, some of my classmates also watched Blue
Post a Comment
Read more

Some of the Best Classic & Contemporary Reads for Fall 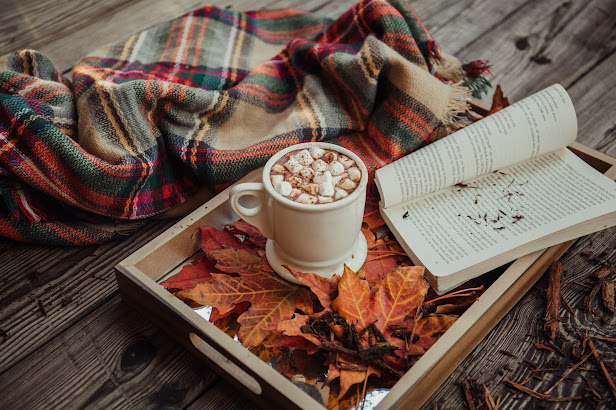 Photo by  Alisa Anton  on  Unsplash People have been longing for fall all through August on Instagram, and I've been listening to autumn ambiences and music, including Nancy Drew: Midnight in Salem 's soundtrack . I thought I'd delve into some old and new stories that bring about the dark, stormy, spooky, and magical atmosphere that we all love about fall. --Spoilers Ahead-- Photo by  m wrona  on  Unsplash Gothic Reads I lean more towards Gothic literature, for example, poetry of the Romantics. I like a certain level of scariness, but a lot of the times, especially in the 2000s, people mix scary with gory, which I hate. They are two different things. It's the same thing with Halloween decorations. Police crime tape is not Halloween. Growing up, it was not a decoration. It's related to gory true crime stuff, not Halloween. It's why I hate Halloween. People jump to gross stuff when that's not what Halloween was originally about. But I digress. Dracula &  F
Post a Comment
Read more

You Can't Choose Your Relatives: The Monsters of Templeton Book Review 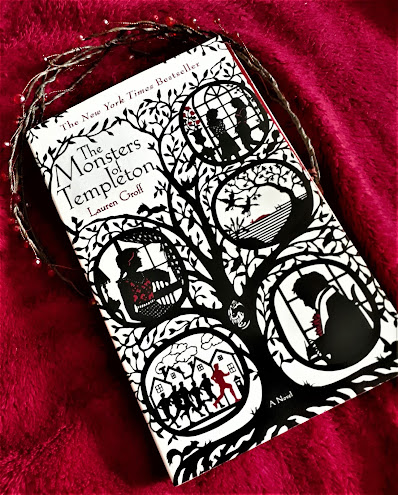 This novel is historical fiction because the author based it on her hometown of Cooperstown in New York. I also learned that this is a domestic novel, aka women's fiction. According to American literary critic Nina Baym, a domestic novel has a the following plot:  T he story of a young girl who is deprived of the supports she had rightly or wrongly depended on to sustain her throughout life and is faced with the necessity of winning her own way in the world . . . . At the outset she...looks to the world to coddle and protect her . . . . But the failure of the world to satisfy either reasonable or unreasonable expectations awakens the heroine to inner possibilities. By the novel's end she has developed a strong conviction of her own worth.     You Should Read The Monsters of Templeton  if... You enjoy genealogical hunts. You love worldbuilding. You want to solve a mystery. You're interested in books that touch on colonialism. Want a short, spoiler-free review? Check ou t
Post a Comment
Read more
More posts

The Red Wolf
I am a writer and dreamer, currently working on book reviews, blog posts, short stories and a book series.